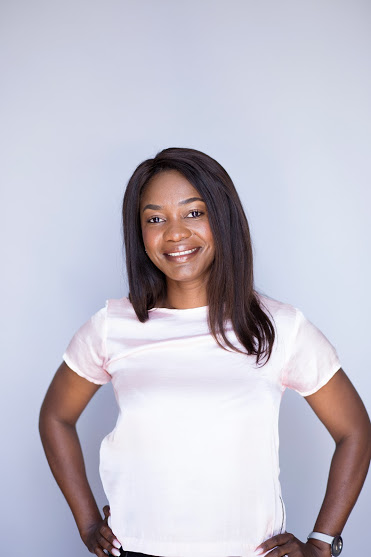 The African Internet Governance Forum (AfIGF) for the year 2019 took place in N’Djamena, Chad, between 10-12 September, to much fanfare. Attending this continental event was a first for me, thanks to the African School on Internet Governance (AfriSIG), which chose about 45 emerging internet leaders on the continent. I am humbled by this recognition.

Commencing on Tuesday, 10 September, the 8th continental event began on a high note with an opening by high officials of the African Union Commission and the local organising team, led by the Ministry of Postal and Telecommunication Services of the government of Chad.

The AfIGF is an instrument of the 2005 Tunis Agenda for the Information Society, that passed a consensus statement of the World Summit on the Information Society and called for the world, at its diverse levels of governance, to find platforms for discussing emerging issues related to the governance of the internet, and calling for platforms to be of multistakeholder nature.

The first day of the Chad meeting was a youth-led affair. Deliberations revolved around issues of leadership of the internet on the continent, as well as content, which includes the threat of misinformation to issues of regulation, among others. Discussions and the entire organisation of this were quite impressive. To see a pan-African team of youths, not only leading and curating content online,  but also organising the event on the floor, gives one a sense of pride and confidence in the future of the African continent.

Impressively, too, was the participation of the host community of Chad and N’Djamena, in addition to the African community at the event in general.

The robustness of engagement continued through the last two days of the event, reflecting the nature of multistakeholderism, where different players in the internet brought to the table their respective concerns and challenges, while also putting forth possible ways to tackle issues related to the current and emerging technological development on the internet.

Another notable reflection at the African Internet Governance Forum is the strong participation of women, from leading panels as moderators to providing expert analysis on pertinent issues at hand as panelists.

Possibly a unique issue new to the internet governance space globally, but which the AfIGF reflected on, is the UN High Level Panel on Digital Cooperation instituted by the UN Secretary General and published earlier this year. This particular discussion, led by APC’s Organiser of AfriSIG Koliwe Majama, was a best example of the reflection on the African agenda and position internationally. It is my hope that deliberations and inputs gathered during the panel discussion would form part of the continent’s report, especially notably the time paid in detailing Africa’s position in the digital economy.

The African Union Commission’s efforts on building a roadmap on ICT at a continental level also came out as a notable effort in bridging diverse ICT policy gaps on the continent and also to serve as a repository for nations and governments to share best practices in policy issues on the continent.

The discussion on emerging technologies in the African region, as moderated and organised by the Internet Society’s Senior Policy Manager Verengai Mabika, also seemed timely, more so because as a continent faced with challenges in service delivery as well as other developmental issues, it seems artificial intelligence, Bitcoin and others would be best suited to complement these developmental efforts. Furthermore, there is a need for African nations to ensure policy responsive environments, to adopt the development of emerging technologies – both those with grassroots influence and international outreach.

Another interesting reflection and also a development issue that enjoyed the audience’s attention was the 4th Industrial Revolution, also known as the 4IR, led by one of Africa’s Research think tanks in the ICT space, RIA Africa. The implications and opportunities of the 4IR for the continent are real. Standing out here has been a long call that this catchphrase, while enjoying political attention, requires practical responses at grassroots levels, from a transformation of the education sector, to policy interventions. It also requires practical evaluations of the positive impact of technology on society and how it transforms communities and builds economies as its pillars.

As the AfIGF concluded and passed practical recommendations in governing the internet on the continent and the attention is now drawn to the Global Internet Governance Forum expected to take place in Berlin, Germany, in November this year, it is my hope that the recommendations passed at the continental level are reflected and emulated at that level too. These include the AfIGF 2019 Outcome Document; the Ndjamena Statement of Seniors, the African Youth Internet Governance Forum Communiqué; and an Award Ceremony recognising the outstanding contribution of the AUC’s Makane Faye, Moctar Yedaly and Ridha Guellouz on internet development in Africa. It is also my hope that the African efforts in the internet space be regarded seriously at national levels to guide policy developments and also at a global level to continuously represent the African narrative on ICT matters.

I look forward to attending the global and other Internet Governance Forums in future, and play my part in delivering on ICT policy issues from my perspective as an academic, policy researcher and analyst on ICT matters from the Southern African region.

Nashilongo Gervasius is an ICT Policy Analyst, Communication Specialist and lecturer in Media, Information and Communication studies. She is a co-founder of the Internet Society Namibia Chapter and a founding member of the Namibia National Working Group on Internet Governance Forum.