Mawaki is a consultant and an entrepreneur as well as a scholar in the field of Information and Communication Technology (ICT). He is particularly enthusiastic about assisting African countries develop a truly digital economy through inclusive and evidence-based ICT-enabling policies. He has nearly 20 years of experience on societal issues relating to ICTs, consulting for organizations including UNESCO, the International Development Research Center, the Open Society Foundations, the African Union’s NEPAD Agency, UN’s Economic Commission for Africa, Hivos, the Association for Progressive Communications (APC), etc. Mawaki has a PhD in Information Science and Technology from Syracuse University (Syracuse, New York) with a research focus on Internet governance, policy and digital identity management. Mawaki has recently been appointed as a member of the Board of Trustees at Sovrin Foundation, dedicated to building a trustworthy identity layer to the Internet. Over the last dozen of years, Mawaki has been actively involved in Internet governance spaces such as the Internet Corporation for Assigned Names and Numbers (ICANN), particularly as a councilor in matters of policy regarding the Internet’s top-level generic domain names; the global civil society’s Internet Governance Caucus; and the UN-led process, Internet Governance Forum, both at global level and on various levels in Africa. Founder of DigiLexis Consulting (upcoming new site at www.digilexis.co), Dr. Chango intends to increasingly engage his thoughts and actions to help spur Internet-enabled entrepreneurial opportunities in Africa as well as governments to embrace the most adequate policies in that regard while improving their own operations in the digital age. Currently residing in Togo, Mawaki speaks English, French and Portuguese.

Dawit has worked as a consultant for major international organizations such as United Nations Economic Commission for Africa (UNECA), United Nations Educational, Scientific and Cultural Organization (UNESCO) and the World Bank. His activities enabled him to travel around Africa with a large number of Information and Communication Technology professionals of the continent.

Pria has over 10 years of experience as a technology law and policy advisor to public and private sector organisations, developing country governments and international organisations. In 2007, Pria founded a leading South African technology law firm which was acquired by Pricewaterhouse Coopers in 2011. Following the acquisition, Ms. Chetty was responsible for establishing and heading the technology legal and regulatory service area for the PwC national advisory practice. She left PwC in 2013 and went on to serve as an expert consultant on an ITU project focusing on technical assistance in the area of cybersecurity law and policy for Southern African countries. As a thought leader, Pria has presented at local and international technology conferences including conferences in Egypt, Canada, Senegal and Namibia and published in local and international newspapers, magazines, and journals. She has also published book chapters examining emerging technology law and policy topics with particular emphasis on recommendations for developing countries. Pria currently serves as a member of regional and international expert groups and advisory boards including the BRICS Cybersecurity Expert Group and Wikimedia ZA. She was also an Associate at the Global Cybersecurity Centre at Oxford University. Pria is passionate about facilitating technology law and policy that enables ICT opportunities in Africa.

As the Managing Director of ICT Development Associates, David provides expertise concerning ICTs, Internet governance and their relationship with public policy, particularly development, environment, governance, rights and conflict. He was lead consultant for the UN Commission on Science and Technology’s five and ten year reviews of WSIS outcomes, and has worked extensively for UNESCO, UNCTAD, ITU and other UN agencies, for international development agencies including the African Development Bank, and for non-governmental organisations including APC and the Internet Society. He was Visiting Professor in Communications Management at Strathclyde University and, until September this year, Visiting Senior Fellow in Media and Communications at the London School of Economics. David lives in the United Kingdom.

He is the Deputy head in the international cooperation unit of the Directorate General for Communication Networks, Content and Technology (DG CONNECT). He joined the European Union integration directorate of the Ministry in 1993. In 1995, he started to work for the European Commission first for 3 years in the Internal Market Directorate General and then from 1999-2012 in the Directorate general for Enlargement, responsible for the negotiations of the chapter on Capital Movements and later deputy head of the Serbia unit in DG Enlargement.

Dr. Edmund Katiti was the Head of the New Partnership for Africa’s Development (NEPAD). In November 2005 Dr. Katiti joined NEPAD as Policy and Regulatory Advisor, in which capacity he coordinated the development of policy and regulatory frameworks for NEPAD ICT infrastructure programmes and projects. As ICT Coordinator for NEPAD Agency, Dr. Katiti was responsible for regional and continental ICT programmes and projects through stakeholder meetings for consensus-building workshops and conducting studies related to the sector. In 2006, Dr. Katiti developed and implemented the Kigali Protocol (2006), a policy and regulatory framework to accelerate development of ICT broadband infrastructure in Africa. Dr Katiti is involved with regional and international ICT and internet governance organisation’s that include the Internet Corporation for Assigned Names and Numbers (ICANN), the International Telecommunications Union (ITU), the Internet Governance Forum (IGF) and the Electrical and Electronics Engineers (IEEE).

Alison Gillwald (PhD) is the Executive Director of Research ICT Africa (RIA) and holds an adjunct professorship at the University of Cape Town Graduate School of Development, Policy and Practice where she convenes a transdisciplinary PhD programme focusing on ICT policy and regulation. A former regulator, she was appointed the founding Council of the South African Telecommunications Regulatory Authority (SATRA) having headed the policy department at the first broadcasting regulator, the Independent Broadcasting Authority established in the wake of the first democratic elections in South Africa in 1994. She also served as chairperson of the South African National Digital Advisory Body, which reported on digital migration in 2001; the board of the public broadcaster, the South African Broadcasting Corporation; and was appointed deputy chairperson of the SA National Broadband Advisory Council in 2014. She has provided technical assistance to several African countries, and regional bodies, advising the Ministry of Communication on the South Africa’s Broadband Plan: SA Connect and for the African Development Bank and Government of Mauritius on the i-Mauritius broadband policy. She has worked extensively with multilateral agencies such as the International Telecommunications Union, UNCTAD and the World Bank. She served on the first ITU Task Force on Gender Issues set up in 2001 to develop gender-aware guidelines for policy-making and regulatory agencies and on the Partnership on Measuring the Information Society Task Group on Gender to develop standard indicators for measuring gender inequality in relation to ICT and which drew extensively on the sex disaggregated statistics and gender modelling in relation to ICT access and use undertaken by Research ICT Africa for more than a decade across Africa. In 2012 she served on the Internet Corporation for Assigned Names and Numbers (ICANN) President’s Strategy Panel on Multistakeholder Innovation and sits on the board of the African Tertiary Education Networks (TENET). 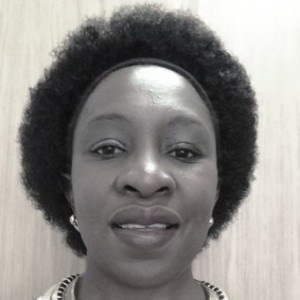 Dr. Towela Nyirenda Jere holds a PhD in Electrical Engineering (Networking and Telecommunications) from the University of Kansas, an ACCA Diploma in Financial Management and is a qualified Project Management Professional (PMP) with the Project Management Institute (USA). She is currently the Programmes Manager with the NEPAD e-Africa Programme at the NEPAD Planning and Coordinating Agency (NPCA). She currently manages projects in e-skills and Internet Governance and is responsible for identification of new projects and partnerships for the e-Africa Programme. Prior to this appointment she was the Projects Coordinator at the Malawi Polytechnic, University of Malawi.

Jan Moolman is a feminist editor, writer, trainer and activist with extensive experience in the South and Southern African women’s rights sector. Her entry point into women’s rights has been through media: she is a former editor of Agenda, South Africa’s longest surviving feminist journal, a newspaper columnist, and has contributed to a number of publications dealing with women’s rights issues. Previously, Jan guest edited an Agenda journal edition on technology with a team from Women’sNet, where she worked as the Media and Information Manager. Women’sNet is a Southern African organisation that promotes the strategic use of ICTs amongst women, girls and marginalised groups for social action. Through her work at the Southern African NGO Network (SANGONeT), Jan conducted training and capacity building for South African NGOs in the use of social media to deepen and support their work and managed an information portal. Jan works in APC’s Women’s Rights Programme (WRP) as the global women’s rights policy lead. She is also a digital storytelling trainer and is currently working towards a Master’s degree in Media Studies.

Emilar Vushe works with the Association for Progressive Communications (APC), and has been since 2009, where she is responsible for coordinating policy projects in Africa.  Prior to joining APC, she worked as a researcher both in Zimbabwe and South Africa mainly focusing on public information rights and human rights. She is a graduate of the National University of Science and Technology (NUST) in Zimbabwe.

e Faye has over 33 years of experience on information management and ICT for development issues, including 23 at the services of Commission for Africa (ECA). Currently, he is the Chief of the Knowledge Management Section and Library Services, where he promotes the use of emerging strategies in knowledge management, information systems and library services development, including overseeing development and use of knowledge, promotion of Knowledge networks, development of Communities of Practice on key thematic areas of the ECA’s work programme and promotion of e-tools for access to knowledge in member States, the African Union Commission, Regional Economic Communities (RECs) and other African organizations.