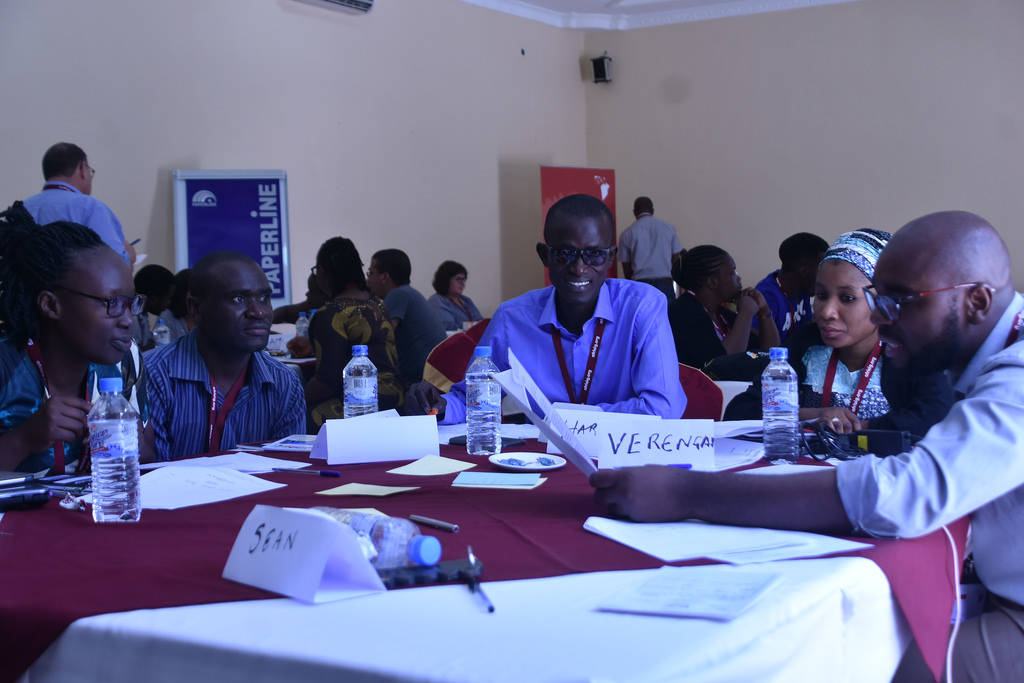 Life is a series of relationships, whether business or personal, and each of these relationships must be based on trust. The aim of the African School on Internet Governance (AfriSIG) is to give Africans from diverse sectors and stakeholder groups the opportunity to gain knowledge and confidence to participate effectively in internet governance processes and debates nationally, regionally and globally. For us to achieve that, we must be trustworthy and trusting. Our first exercise during the AfriSIG class of 2018 was the oil pricing exercise, from which I learned quite a lot about building and maintaining trust.

The oil pricing exercise is a scenario in which two neighbouring oil-producing countries come together to set certain rules on pricing their oil in order to benefit both parties in terms of profits. In this situation, everything had been going well between the two countries until a recent break in diplomatic relations. At this point, each country was able to set a price for their oil without consulting the other country. In the scenario, everything went smoothly for the first two months, but during the following three months, the country I was representing suffered a big loss in profits. We had a negotiation with our neighbour, and we thought we reached an agreement. After that, the other country played fair for a couple of months, but in the third month, they broke the rules by reducing their oil price. We were not expecting that kind of behaviour from them after our negotiation. So, my first reaction was: why did they disrespect what we agreed to during the negotiation? I wished they had been willing to have a second meeting so they could explain to us why they behaved in this way. I felt so angry and disappointed even though it was just an exercise. We learnt later that there was a misunderstanding between our negotiator and that of our neighbour, but by then it was too late. The damage was done.

This is what most of us go through daily. Yes, it may happen sometimes that you feel cheated. Sometimes, we break people’s trust and, sometimes, they break ours. What is trust actually? Trusting someone is like putting your life in that person’s hands. Trust is the basis of every negotiation and relationship. It is saying of someone: I can count on her or him.

What happens when you betray someone’s trust? The best thing you can do is go back to that person to apologise and give him or her an explanation. It creates more respect even though you may never regain their trust.

What happens when someone has broken your trust? If you have been betrayed, try as much as possible to forgive and move on. Every future negotiation must be done with clear and proper communication. The best practice for me is to write the agreed-upon points down so that both parties can refer to them later.

This process summarises one of the important takeaways from the workshop: “Trust is like a paper; once it is crumpled it cannot be perfect again.”

Afi Edoh (Afia Faith) is Togolese and works for the Afrotribune Media Group in Togo as chief technology officer. She also works as a systems engineer at E-hub.  She is a pass volunteer of Tech Needs Girls. She is a fellow of Afrinic (2017) and a member of Internet Society Ghana and Togo chapter. By attending AfriSIG 2018, she wishes to learn more about internet governance in Africa and how she can contribute more to its safety and availability.