At its founding, in the late 80s, the internet promised to democratize information, level uneven grounds, and the destroy barriers associated with distance, space, and time. Through promoting communication, coordination, integration at a pace and scale beyond the ability of any government to halt, the connectivity set a foundation for dichotomies so often aligned with colonialism, imperialism, and globalization.

Today the internet is not just about inscrutable abstracts on the potential merits of its ubiquity but rather its impact and probable effects on a global scale. If anything, the weaponization of algorithms, speech, objectivity, and people has been pronounced in the recent past. For example, Facebook and Cambridge Analytica have accepted responsibility for abetting electoral malfeasance in America and other states by enabling the manipulation of electorates through an à la carte of sensational news and unsubstantiated political advertising only meant to swing and tilt public opinion.

That is why it might be hard to assess whether governments will continue to sit back and watch powerful technology companies from the west continue to prowl over strategic industries in their backyards, or whether they will take to the ‘commanding heights’ to steer the internet’s governance, at the expense of an open and decentralized internet, within their jurisdictions.

But how did we get there? An Xiao Mina’s instructive take on the potential effects of censorship on the future of the global internet and the attendant effects on the public sphere predicts not only deeper digital divides but also bolder and even more daring abuses to democracy by nation-states. She’s not alone, Google’s former chairman, Eric Schmidt, and internet theorist and scholar Evgeny Morozov have made similar pronouncements: the internet is splintering due to policy dilemmas in the realms of sovereignty and globalization.

In spite of all; bad laws, technical upheavals, spam, and disruptions, the popular narrative is that we could not kill the “global” internet even if we tried. However, through technical disruptions (covert and overt) and an array of legal and regulatory guises, governments in Africa have institutionalized attacks on the internet at a level not experienced before.

Censorship is arguably one of the leading factors threatening the future of the internet. And China is the pariah. It has been particular to institutionalize censorship through remodelling its own internet reality in what the Communist party president, Xi Jinping, calls ‘internet sovereignty’. The Republic augmented her stringent controls on free speech and tightened media regulations in the real world onto the internet through even tighter controls on content, privacy and security. Through ambitious projects like the infamous “Great Firewall” and the more recent proposal to create a dystopian future where citizens are assessed for the good and bad through a “national social rating system”, China has asserted her position on her internet governance despite the internet’s original ideals on openness and decentralization. Indeed, China’s ethos on “internet sovereignty” are being evangelized and promoted in fragile, and weak nation-states. Zimbabwe is reported to be in the process of adopting a Chinese sanctioned facial recognition system to surveil high traffic areas such as airports and malls. For its renowned poor human rights record, such surveillance capabilities pose a danger to a free society.

Further, African governments have been renown for clandestinely shutting down the internet for all sorts of reasons—twice in Uganda during the 2016 presidential elections and over three months in the English-speaking region of Cameroon—usually in defence “national security”. Such censorships have been arbitrarily executed despite the punitive economic costs associated. Some governments have even flirted with the idea of developing local alternatives to popular social networking sites such as Facebook and Twitter so as to have full control over the knobs of social media must the need arise.

But also the censorship has been effected through particularly prohibitive laws meant to derail social media use and charge social critics and other dissenting voices. For example, the cybercrime laws of countries such as Tanzania give the police the mandate to arrest anybody they deem in breach of cyber laws without the necessary legal oversight. Tanzania has introduced a $900 tax for bloggers, Uganda has slapped a “gossip tax” on social media use and other OTT services, Zambia has levied a cost on internet voice calls. If the feel of the contours is anything to go by, censorship has taken unique and complex forms. It seems like many African governments are operating from the same template.

Meanwhile, if we might on what the future of the internet might look like, despite the attacks, we know it will largely be multimedia and highly, rather unsurprisingly, localized. The internet in the past faced severe infrastructural deficits. For example, before the first landfall of transatlantic fibre optic cables at the coast of East Africa in 2009, the internet was not only accessed through more expensive options such as satellite links, generally suffered lower speeds and was inaccessible with the greater part of the region.

The global interconnection through the fibre and terrestrial optic cables enabled further access and connectivity within the region. Most remarkably, local peering and Content Delivery Networks (CDN) increased internet capacity. Loosely defined, local peering means that instead of a webpage directly loading from some server located in an obscure location in North Carolina, a local copy of the same data would be stored on servers hosted locally, in Africa. This bolsters the user experience and also enables the reduction of costs associated with extending the internet to the last mile.

Of course, such developments are welcome but technology companies and giants predominantly from Silicon Valley have taken over these alternative connectivity methods to further affordable internet access to the “last mile”. However, they also have deep financial and corporate interests at heart. In fact, content companies such as Facebook are laying more fibre optic cables than traditionally renowned telecommunications carrier/infrastructure companies. Facebook has laid its first fibre in sub-Saharan Africa, in Uganda at a cost estimated at $100 million. Google had previously done the same in Uganda and Ghana. Overall, major countries seem to have some sort of connectivity experiment going on involving the use of low frequency, wifi hotspots, rockets and other novel technologies—again, spearheaded by Western tech giants. Such moves have raised concerns on issues regarding net neutrality, data protection and privacy, local content, among others. Technology companies seen through the lenses of benevolence might appear as benign catalysers of internet access. Yet by mere ownership of the plumbing that powers the internet effectively makes their services synonymous with the open internet itself. Indeed, it would not be surprising to find people who think Facebook is the internet. Technology companies could not only influence the internet’s direction but also act as a chokepoint, especially when deciding what geographical areas or income groups to serve or not.

While globalization was mostly lauded for is the discovery of previously unchartered territories and the opening of new frontiers, a lot of how it happened was characterized with pillage and violence—often at the expense of conquered states’ sovereignties. The globalization of the world through the internet promised trade and commerce, education and research, government and service delivery through instantaneous communication, on levelled grounds. But many of the paradigm shifts have enabled good use of the internet insofar as they have enabled abusive, problematic use. Now governments seem to have taken centre stage in steering what directions their internet takes, powerful corporations, on the other hand, have grown so powerful since they can algorithmically control and mediate the internet’s content, and emotions, that they threaten democracy and other virtues of good governance, especially in fragile states. As for the users, disparate realities of the internet look not so far away, some Facebook (through Free Basics) is touted to better than no Facebook (or internet) at all. Balkanization of the internet is at rather happening at an unprecedented pace. Is the future of the internet in Africa fractured? 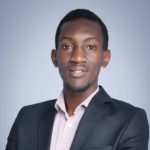 Daniel Mwesigwa is a project officer at the Collaboration of International ICT Policy for East and Southern Africa (CIPESA) operating out of Kampala, Uganda. He focuses on use of ICT tools to foster civic participation and social accountability in Kenya, Tanzania and Uganda. He also regularly writes on issues such as internet governance, the state of innovation and entrepreneurship and the funding landscape in Africa on iAfrikan, a pan-African tech publication,The Next Web (TNW), TRUE Africa, and on the Uganda-based consumer tech blog, Dignited, where he is a co-founder. He enjoys dancing to good music and playing soccer.