The African School on Internet Governance (AfriSIG) aims to develop the leadership skills of Africans from diverse sectors and backgrounds to enable them to effectively participate in local, regional and international internet governance structures. This is not only important for shaping the continent’s internet landscape, but also ensures that the African region is adequately represented at global level.

When it comes to internet governance, the annual UN-mandated Internet Governance Forum (IGF) is undoubtedly the most prominent global space. Initiated in 2006, it is defined as a multistakeholder forum for policy dialogue on issues of internet governance that brings together all stakeholders − governments, the private sector and civil society, including the technical and academic community − on an equal basis and through an open and inclusive process. The IGF Multistakeholder Advisory Group (MAG) comprises members from these various sectors, who participate in global consultation processes, representing the perspective of their respective stakeholder groups, and are also instrumental in the planning of the annual global IGF.

Following the closure of nominations of members to serve in the 2020 IGF MAG on 30 June 2019, we are profiling four AfriSIG alumni who are members of the current MAG. They have made a name for themselves in various sectors, ranging from technology, digital rights and gender equality to research and law enforcement, and have experienced immense growth in their professional careers while also making a significant impact at various levels in society because of the skills and knowledge they gained from the School. 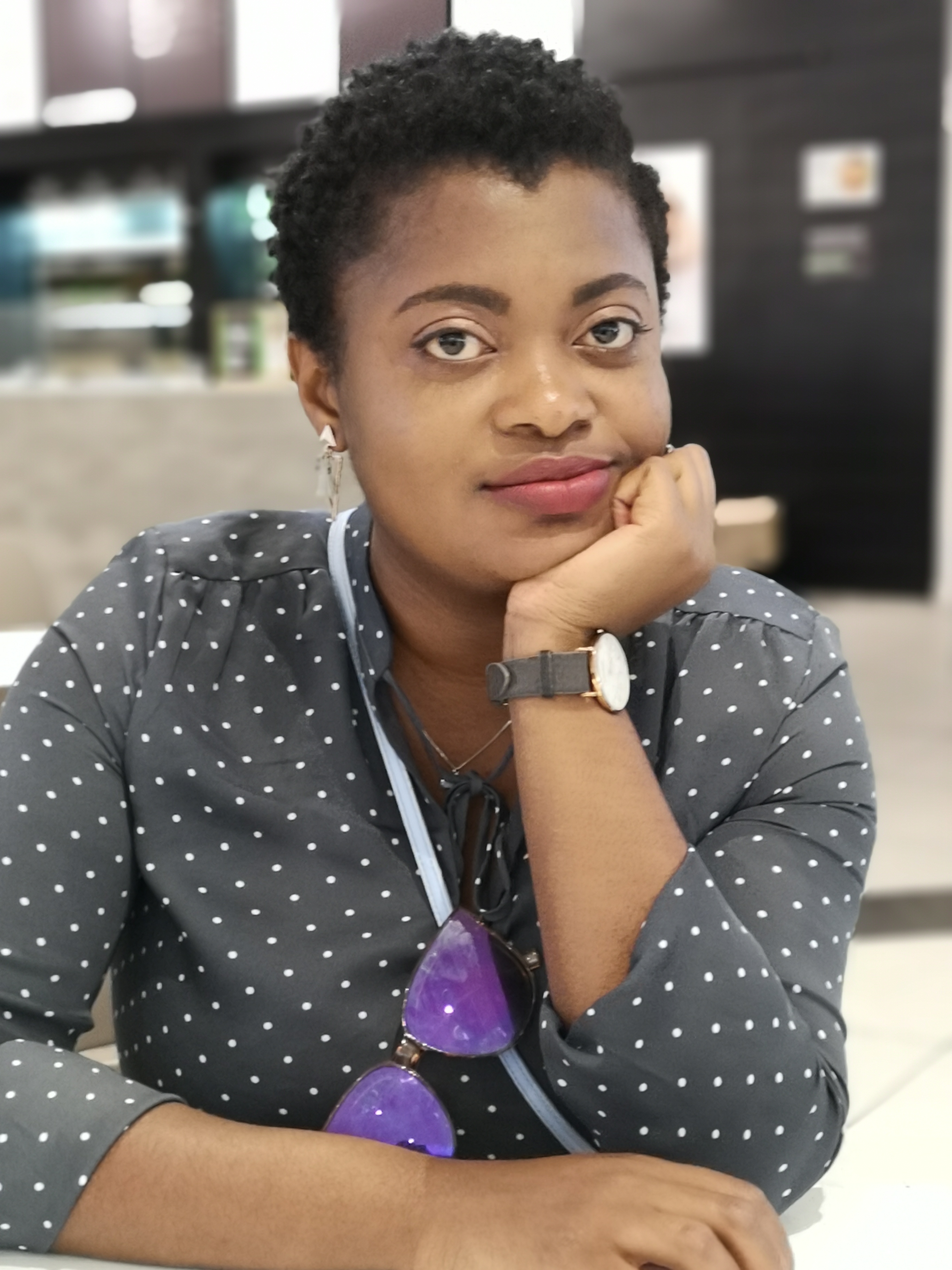 Zimbabwean Chenai Chair attended AfriSIG in 2015 as a part of a delegation of the Gender and Internet Governance Exchange (gigX) programme, which was running parallel to the School.

“At the time, I was really very curious about internet governance and wanted to understand what this sort of governance would mean from an African perspective. It was a fun time literally crossing between sessions, and also being able to locate gender issues in the broader internet governance debate,” she said.

Chenai said her appointment as a civil society member of the IGF MAG and the current work in which she is championing the inclusion of gender issues in policy development on the continent are some of the highlights of her professional achievements after the School. Chenai is a researcher and communications and evaluations officer at Research ICT Africa, based in Cape Town, South Africa. Over the past three years, she has been a member of the AfriSIG faculty responsible for the gender sessions.

“I count these as my greatest achievements thus far, because they give me the opportunity to put into practice what I took from both AfriSIG and gigX. I can safely say that I participate in global conversations from an informed African perspective,” she said.

Chenai sees growth of Africa’s participation in global debates in both capacity and numbers. She believes that more and more insight on African issues related to connectivity, such as the focus on community networks, continues to shape internet governance discourse.

She further noted that the continent is marking its footprint as it hosts major global internet governance meetings, and cited the recent Rights Con held Tunisia in June 2019, and the Freedom Online Coalition (FOC) meeting that will be held in Ghana in 2020.

“However, more work needs to go into developing common strategies for influencing the governance discourse in Africa,” said Chenai. “That way we are clearer during global engagements and are able to mark progress at the national engagement level.”

She expressed concern that at the national and regional level, the multistakeholder model seems lacking, attributing this to the fact that stakeholders often see internet governance forums as a once-off showcase, which is attended and forgotten about until the next meeting.

“We need greater awareness on the essence and value of internet governance gatherings as spaces for everyone to engage openly and influence policy formulation and implementation. We also need to focus on the incremental work outside meetings in order for us to be able to share challenges and identify opportunities for better governance,” said Chenai. 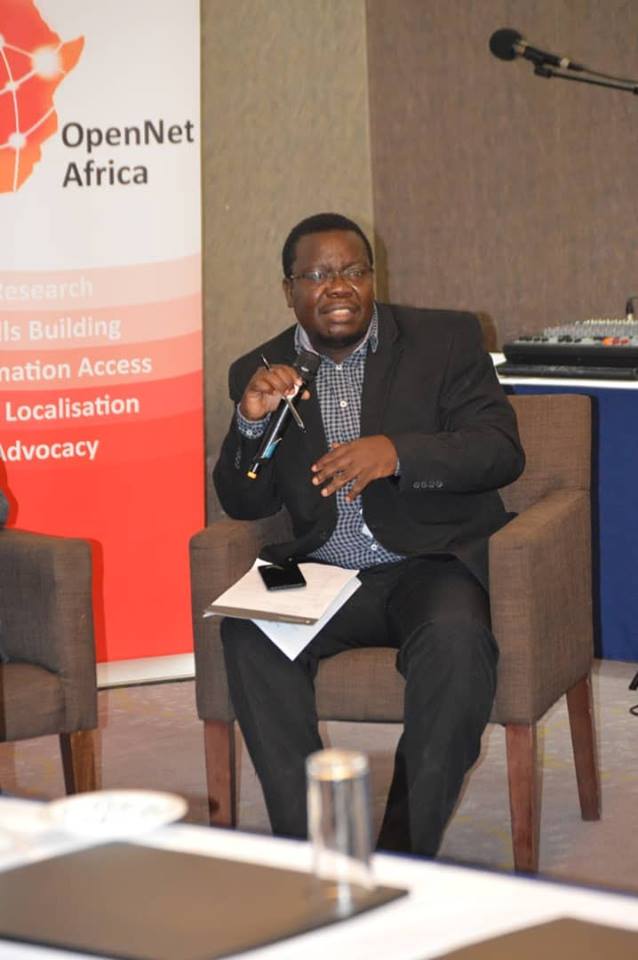 Zambian law enforcement agent Michael Ilishebo attended the second AfriSIG in 2014, motivated mainly by his attendance of a Cybersecurity and ICT Policy course at the United States Telecommunications Training Institute (USTTI) the year before.

“As a law enforcement officer involved in cybercrime investigations, I recognised that I was assigned a fairly new area and had earlier received cybersecurity training and felt the need to understand the internet ecosystem in order to carry out my duties more effectively,” he said.

He says that AfriSIG has increased his capacity to participate in national, regional and global debates and processes on behalf of an often under-represented stakeholder group.

He said the major challenge of multistakeholder processes in most of Africa is the lack of legitimacy of the agenda.

“Most agendas lack legitimacy because they are driven by either governments or civil society. This makes it difficult for other stakeholders to accept. One needs to scrutinise data protection and cybercrime and cybersecurity policy-making processes across the continent to see this,” he concluded. 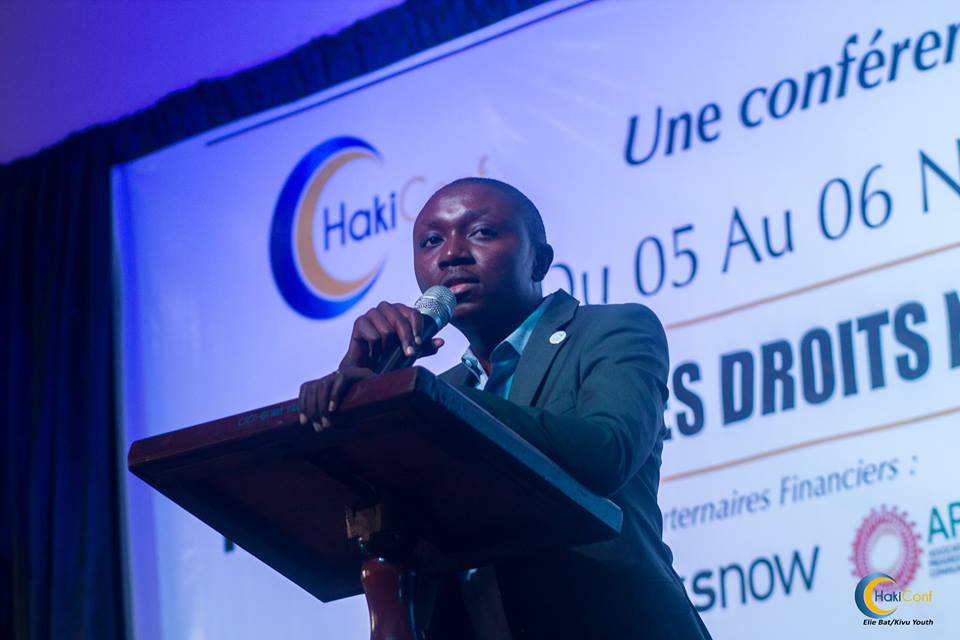 Arsene Tungali from the Democratic Republic of Congo (DRC), a digital rights activist and co-founder and executive director of APC member organisation Rudi International,  was nominated as an IGF MAG member by the Civil Society Coordinator Group.

Arsene applied for a fellowship to attend AfriSIG more than once and eventually participated in the fourth edition of the School. He was motivated to attend by AfriSIG alumni who shared their experiences and recommended it as a good grounding for anyone who wanted to make an impact in their national contexts.

Attending the School has given Arsene more confidence to actively participate in local, regional and international internet governance forums.

“Since AfriSIG, my interaction with other local, regional and international experts and actors in the space is more meaningful. I am more confident to speak and take up challenges, which I believe is continuous professional growth,” he said.

Arsene was actively involved in the coordination of the Central African IGF held in the DRC in 2013. He was instrumental in the setting up of the DRC IGF in 2016 and actively involved in organising the country’s first IGF the following year. He remains a member of its organising committee, and this year is the executive secretary for the country’s second IGF scheduled for 16-17 August 2019.

Having been involved in the planning and hosting of multistakeholder processes, Arsene is of the view that decision making remains a challenge particularly in local internet governance processes, because stakeholders do not see themselves as equals.

“In Africa, governments firmly believe that they have an upper hand, while civil society, in spite of its prominence in the sector, feels shortchanged. This is worsened by the fact that most (of the) time, civil society is accused of pushing a parallel agenda,” he said.

Arsene believes that the quality of Africa’s participation in global debates should be improved for more meaningful representation of its positions.

“As we continue to advocate for more African actors at the global level, it is more the quality of participation that is of utmost importance. During debates, we should be able to articulate our concerns meaningfully in order to influence positions and shape processes,” he said.

He challenged regional schools on internet governance to be in the forefront of ensuring such participation, and emphasised that the schools should not only equip professionals with necessary skills, but keep them well informed on developments in order to make them more effective. 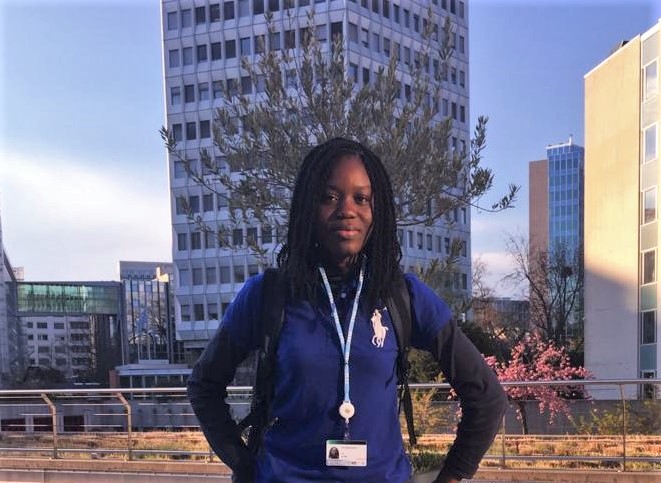 Afi Edoh of Togo has expanded her network and many opportunities for volunteering and professional development have opened up for her since attending AfriSIG in 2018. Afi is currently the chief technology officer at the Afrotribune Media Group and is a MAG member who belongs to the technical community stakeholder group. She applied to AfriSIG after seeing a message in the WhatsApp group of the Ghanaian chapter of the Internet Society (ISOC). Edoh’s most recent achievements include her selection for a fellowship to attend AFRINIC-30, the latest meeting of the Africa Network Information Centre, where she was appointed to serve as a coach for new fellows.

She rates Africa’s participation in global internet governance as weak and attributed this to the failure by some regions to ensure fair representation of countries in the global forums.

“Africa as a region needs to work harder to ensure the full participation of many states in the sub-regions,” Afi said. “This is especially critical now, with the fast-paced technical developments, including AI (artificial intelligence), IoT (the “internet of things”) and 5G, which have a huge influence on how we achieve digital inclusion.”

“Our governments need to understand that they cannot continue to use force over negotiation in this digital era. Shutting down the internet, for instance, is not the solution to lack of online media literacy or curbing crime, especially as whole economies depend on the internet daily,” she said.

It is evident that as more current and emerging leaders take part in the training programme, AfriSIG alumni will continue to leave footprints in the social, economic and political development of Africa as they participate confidently and effectively in national, regional and global internet governance processes and debates.